Imputed Income for Purposes of Maintenance and Child Support 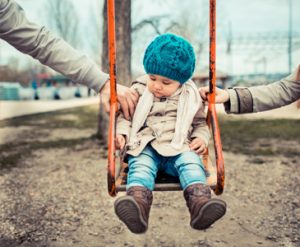 In a NY divorce action, a statutory formula is used to figure out how much the monied spouse will be ordered to pay the non-monied spouse for purposes of calculating maintenance and child support. The amount of income each party is assigned is based on their respective incomes, and may be based on their potential incomes as well. However, the law in New York also allows a party to a divorce action to have income imputed to him or her based on various factors. One such factor is the income provided to him or her by family members.

Recently, we represented the wife, whose husband alleged that his income was only $50,000 annually. In fact, once in receipt of his dozens of bank accounts, it was determined that his parents had provided substantially more money to the married couple throughout their marriage. Although he staunchly contested these payments, and asserted they were all loans that needed to be paid back, we proved, through extensive motion practice and oral arguments that due to the monies frequently provided to the couple throughout the marriage, the husband’s income was substantially higher than as he asserted.

The Court agreed with our position, and imputed income to the husband for more than double the amount originally attributed to him. In doing so, our client, the wife, was entitled to significantly more money in maintenance and child support.