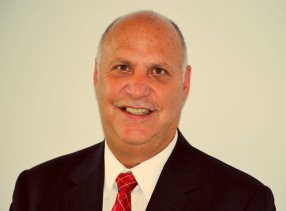 David I. Goldstein founded the Law Offices of Goldstein & Rayner in 1998. Mr. Goldstein began his career as an Assistant District Attorney in 1979 at the Rockland County District Attorney’s Office, and then chose to bring his talents to the field of criminal defense. Mr. Goldstein’s mission: to aggressively advocate for his clients and achieve their goals, all while maintaining a high level of professionalism and ethical standards.

Mr. Goldstein has extensive litigation experience spanning over 39 years. He has tried cases throughout the United States in both state and federal courts. Mr. Goldstein’s cases have ranged from serious felonies, including homicide, robbery, rape, and burglary, to a wide range of misdemeanors including DWI offenses.

Mr. Goldstein is a Sustained member of the New York State Association of Criminal Defense Lawyers, a member of the National Association of Criminal Defense Lawyers, and the Rockland County Bar Association. He has also lectured to fellow lawyers extensively on several topics including skills necessary to be an effective criminal defense attorney, such as cross-examination, and impeachment of witnesses. He is a past recipient of Strathmore’s Who’s Who Honors, Registry of Business Leaders and has an AVVO rating of 10. Mr. Goldstein has had cases cited in the New York Law Journal, and is frequently quoted on News 12 Hudson Valley, Newsday, and the Journal News. He has appeared as a legal analyst on Fox 5 News.

Mr. Goldstein’s experience and knowledge have proven him to be an effective criminal defense attorney who will fight for his client’s rights no matter how difficult the situation.

He has also practiced in the Federal Courts of: California, Hawaii, Connecticut, South Carolina, Illinois, and Kentucky; and the State Courts of Connecticut, Illinois, Maryland, and Massachusetts.