In a previous article, we discussed the differences between simple offenses, misdemeanors, and felonies. It might not surprise you to learn that rape or sexual assault can result in a felony charge in the state of New Jersey. Like many other felonies, the charge can vary in severity and comes with penalties of jail time and fines. In today’s blog, we’ll review some basic information related to this common felony to better help you understand what constitutes rape, what the penalties are, and how to defend yourself against these charges.

If you’ve been charged with rape or sexual assault in Hackensack, it’s important to secure legal counsel as quickly as possible. The Law Office of David I. Goldstein specializes in providing criminal defense representation, and we can help you in your time of need. Contact us today to request a free consultation. 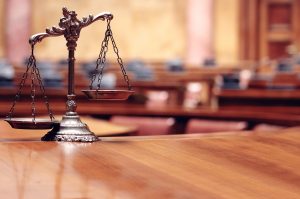 Depending on what state you reside in, the terms rape and sexual assault may be used interchangeably. Some states have the stance that there is a notable difference between the two terms, whether it’s based on severity, the type of assault, or age. In the state of New Jersey, we call rape a sexual assault and New Jersey statutes refer to it as such.

Because the term “sexual assault” is so broad, it is necessary to clearly define what actions fall under this umbrella term. In all cases, the sex of the defendant and victim are irrelevant. Based on New Jersey Revised Statutes, Title 2C: 14-2, either of the following non-consensual actions may be considered an act of sexual assault:

New Jersey Statute takes the definition a step further in order to clarify what actions are considered aggravated sexual assault. These non-consensual situations may include sexual contact when:

While these definitions seem very precise, every situation is unique. Especially in cases of statutory rape charges, it is vital to consult with a criminal defense attorney as soon as possible to understand the full scope of your charges, potential defense arguments, and possible penalties. It’s also important to know that, in the state of New Jersey, there is no statute of limitations for reporting sexual assault to the authorities, so you should never assume that enough time has passed to grant you immunity from such charges.

What is the Potential Punishment? 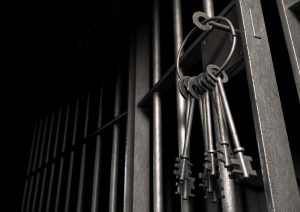 If convicted of sexual assault in New Jersey, the repercussions can vary depending on the nature of the charges and the circumstances surrounding the supposed crime. Possible punishments based on severity of the felony are:

As you can imagine, a quality criminal defense lawyer is critical to defending your case and ensuring the most reasonable and fair penalty if you’re convicted.

If you’re facing rape charges in the Hackensack area, you owe it to yourself to find reliable and affordable representation to ensure the best possible outcome for your case. At the Law Office of David I. Goldstein, we have more than 40 years of combined experience in criminal cases of all types, including sexual assault. To discover how we can help you, contact our office to request a free consultation.